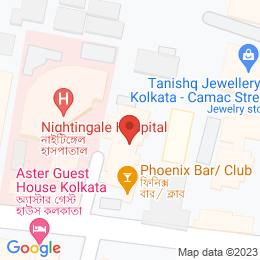 Organised by the Indian Association for the Study of Australia, (Eastern Region) in collaboration with the Australian Studies Institute, ANU and the University of Wollongong

In a globalised, transnational world order, there is a gradual inflection on the interrelation and permeation of multiple forms of academic disciplines. Taking note of this fluidity or hybridity of disciplinary models, it is important to negotiate the interface of justice and various cultural forms which includes a large terrain of history, literature, politics, cultural geography, film studies and so on.

Critics like Ronald Fischer in his essay “Justice and Culture” ( 2016) particularly negotiates the cultural engagements embedded in cross-cultural patterns of justice. Since 2000, the sociological journals set much premium on the interrelations of justice and culture. Fischer points out the need for devising methods of negotiating the relationship of justice and culture in terms of wider social, cultural, political and historical domains.

In fact the history of justice is also the history of cultural responses. It may date back to the 5th century BC when Plato in The Republic, as an aftermath of the Athenian debacle, related the questions of justice (dike) with the cultural and ethical values in society. In modern times, the two great World Wars, the proliferation of terrorism and threats of nuclear attacks, the gradual ascendancy of TNCs and MNCs, feminist movements, cultural erasures of indigeneity are distinctively interrelated to the central theme of the conference.

The Dept of Social Service of the Australian Government upholds the coalescing of cultural values and justice in a transcultural society. It seems that the Australian history is a gradual progress towards developing civic values in a democratic law-governed society. The Centre for Law, Arts and the Humanities in Australian National University seeks to study law across diverse fields of history, literature, human rights, philosophy etc.

Similar interrelations of justice and cultural practice have been apparent in India. Critics have pointed out that the interface of justice and culture is particularly significant in terms of clashes of culture, cultural pluralism, value and ethics and multiple forms of social, literary and historical agencies.

This conference therefore seeks to address, but not strictly limited to, the following issues:

Abstracts (not exceeding 250 words) may be emailed to Deb Narayan Bandyopadhyay: debnarayan@gmail.com Secretary, Indian Association for the Study of Australia, Eastern Region

Deadline for sending the abstracts: 15 November, 2019

Though it may not be possible to arrange accommodation, the conference team may provide assistance if contacted beforehand:  sarbojitbiswas@gmail.com