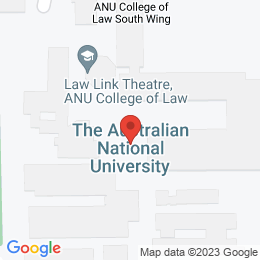 Photo by Lucian Alexe on Unsplash

The theme of the conference draws its inspiration from the 50 year anniversary of the Whitlam government’s election in 1972 – an event seen by many as not merely a political turning point, but also a social and cultural awakening from a long post-war torpor. Elected on December 2 – a date which coincides with the last day of our 3-day program - Gough Whitlam’s reforming Labor government ended 23 straight years of Coalition rule. Fittingly, conference participants will enjoy a keynote address in the historic House of Representatives chamber at Old Parliament House – one of Australia’s most cherished buildings and the stage for the dramatic conclusion to that tumultuous chapter in Australian history. The conference drinks and dinner will follow the keynote address in the elegant King’s Hall, between the two chambers.

The conference theme can be interpreted as broadly as the field of Australian Studies itself.

The Australian National University acknowledges, celebrates and pays our respects to the Ngunnawal and Ngambri people of the Canberra region and to all First Nations Australians on whose traditional lands we meet and work, and whose cultures are among the oldest continuing cultures in human history.

** As a special offer, the first five delegates to register for the conference will receive a complimentary copy of Professor Frank Bongiorno's new book ‘Dreamers and Schemers: A Political History of Australia’ (released 1 November) **

Please note: Tickets must be purchased separately for the conference dinner.

The Future is First Nation's: Why we must resolve Australia's unfinished business with reckoning with the truth of our past

2022 ‘Australia and the World’ Annual Lecture

As the nation’s capital, we’re privileged to be home to all of Australia’s national cultural institutions.

Check out their websites for exhibition schedules:

All enquiries regarding the 2022 InASA Conference should be directed to admin.ausi@anu.edu.au