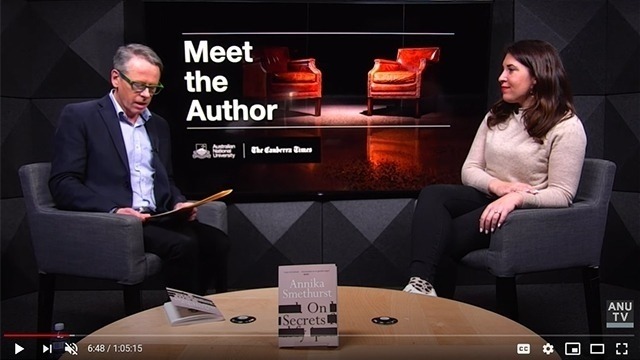 Mark Kenny talks with Annika Smethurst about the police raid that changed her life and her new essay, On Secrets.

On 4 June 2019, Federal Police raided the home of Walkley award-winning journalist Annika Smethurst, changing her life forever. Smethurst was expecting a cleaner - instead it was the federal police with a warrant. Five of them turned her place inside out, including going through her underwear drawer. In this special Democracy Sausage Professor Mark Kenny speaks to Annika Smethurst about the raid, its impact on her personally and professionally, and her new essay, On Secrets.

A year before the raid, Smethurst had written an article about a proposal to allow the Australian Signals Directorate to spy on Australians. The AFP was investigating the possibility of the communication of classified material. Smethurst became the accidental poster woman for press freedom with her employer calling it a 'dangerous act of intimidation'.

On April 15 2020, the High Court ruled the warrant invalid and on 27 May 2020 the AFP announced that Smethurst would not be charged over her stories that "... relied on classified intelligence documents". But the impact of the ordeal remains, and Smethurst joins us in this episode to discuss the raid that changed her life, and its implications for journalists all over the country.

This discussion was recorded as part of the ANU/Canberra Times Meet the Author series.

Annika Smethurst is National Political Editor for the Sunday News Corp mastheads The Herald Sun, news.com.au, The Daily Telegraph and The Courier-Mail. She is also a Director on the Board of the National Press Club.

Democracy Sausage is produced by Policy Forum at Crawford School of Public Policy in partnership with The Australian National University.

Democracy Sausage with Mark Kenny is available on Apple Podcasts, Spotify, Google Podcasts, or wherever you get your podcasts. We’d love to hear your feedback for this podcast series! Send in your questions, comments, or suggestions for future episodes to podcast@policyforum.net. You can also Tweet us @APPSPolicyForum or join us on the Facebook group.