» News » Budget 2020: An ideological shift, but a failure of imagination

Budget 2020: An ideological shift, but a failure of imagination 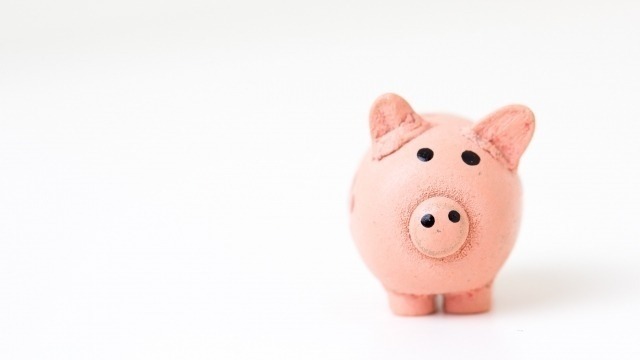 Whether the 2020-21 federal budget is historic, or just a little bit underwhelming, is debatable.

But it does mark an end of sorts.

The official end of the 30-year ride in which Australian governments could use economic growth to cover a multitude of sins.

And the official abandonment of the neoliberal shibboleths that public spending must always be driven down, and that smaller government and freer markets produce greater wealth, and improved economic security.

Josh Frydenberg's second budget was drafted in a different world to this. An emergency world, a post-ideological world.

In this sense, it is far more Scott Morrison than it is Tony Abbott, or even Malcolm Turnbull.

When the music stopped, courtesy of a global pandemic, it was to the government that people looked for protection, and it was the government required to step in.

And what a step it is - combined deficits over the forward estimates we now know, nudging the national balance sheet close to half-a-trillion dollars into the red at $480.5 billion.

Amazingly, Frydenberg, the youngish Victorian, was delivering only his second budget despite holding the economic reins since August 2018.

Equally surprising is that this was actually a post-election budget - the first since the "Morrison miracle" election win in May 2019 - and conceivably, therefore, the last before the next election.

Who knows in this topsy-turvy world? Who can say that things will be stable enough for a regular May budget seven months from now?

This time last week, for instance, Donald Trump had not even debated Joe Biden; had not ridiculed the Democrat for wearing a face mask; had not been admitted to hospital himself with COVID-19; nor been released again to claim the "China virus" was "nothing to fear".

The COVID crisis has forced an accelerating world to twist and eddy, making the task of economic forecasting perilous.

That's doubly true of a trading economy exposed to the world and a budget predicated, perhaps heroically, on the discovery of a vaccine.

The Coalition's adjustment is significant.

Frydenberg had been just weeks away from a regular May budget earlier this year - and had "Back in Black" coffee mugs to prove it.

Labor's Richard Marles helpfully produced one of the now collectors' items in Parliament on Tuesday.

But then, nobody saw this coming.

In the months since, the fiscal deterioration was a savage $93 billion.

The COVID-19 recession has required quite a shapeshift, forcing a party committed to stoic financial discipline to borrow big in order to vouchsafe the Australian dream. Pragmatism is the new black.

Income tax cuts skewed towards low- and middle-income earners, previously slated for 2022, have been brought forward to July this year, helping "more than 11 million taxpayers".

Politically, this will do the Coalition no harm. Economically, it should pump billions into the shell-shocked economy - although whether it is the best way to achieve this is another matter.

Arguably, however, this should have been a transformative budget, rather than the restorative approach adopted.

The Coalition would never accept the nomenclature of a "green new deal", but if this is not the historical moment to drive a fundamental greening of the economy, to use the balance sheet to modernise the country so it becomes consistent with a low-carbon 21st century, then when is?

The central failure of this budget, then, is one of imagination.

The July economic update had expected the deficit next year to reach $180 billion. It seemed like a lot. But that was before the scale of Victoria's slide was known.

Yes, the deficit is now expected to be higher, but is an extra $33 billion or so really enough given the depth of the challenge and the opportunity this crisis presents for genuine, historic reform?

After all, the interest bill on borrowings is actually expected to be lower this year, such is the low price of money.

So, how do we view this budget?

The short answer is, pragmatically.

This is the same party that has been in power since the 2014 budget when, in an epic own goal, it boasted of tearing $80 billion out of health and education.

And it's the same party which doggedly pursued the vastly unpopular company tax cuts.

Interestingly, you don't see such fights in this budget, nor the harsh ideology underpinning them.

But there's little inspiration either.

Yes the times are different and the need for haste in delivering stimulus is real, but Frydenberg's budget is arguably too safe.

Perhaps the best of it is that the top-end tax cuts set for 2024 have not been brought forward.

And perhaps the worst of it is that, in steering down the middle, an opportunity has been missed.

Mark Kenny is a professor at the Australian Studies Institute, ANU, and host of the Democracy Sausage podcast.