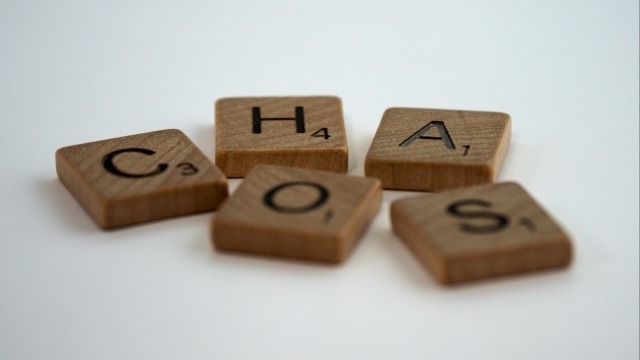 LAST weekend marked the shameful second anniversary of the January 6 insurrection at the US Capitol.

If Republican ambivalence in the two years since was not shocking enough, events in Congress in the last few days remind us that religious fundamentalists don’t actually need to break glass or even hold a majority to dictate to their party.

The wrecking tactics of what some are calling the “mega MAGAs” – committed make-America-great-again Trumpists who are now ‘out-crazying’ their hero – lay bare the true agenda of 21st century American Fascism.

That is, a hard line movement which craves absolute power and observes democratic norms only insofar as they provide a visible path to obtaining it.

United around ideas of race, guns, and a perverted biblical uniformity known as Christian nationalism, this group eschews pluralism and detests rule-of-law liberalism with its objective principles and secular authorities. And it effectively owns the Grand Old Party.

In politics, it pays to look at not just what is said, but why, and often more importantly, when. Consider the purpose of the Nationals’ formal opposition to The Voice way back in November.

Patently, it was unnecessary and premature. It was also mendacious.

Coming months before arguments were put, a referendum date set, and the wording of the question finalised, the junior party’s announcement was the very definition of prejudice. Its intention was to kill off any (albeit remote) possibility of Peter Dutton advocating Liberal party or even Coalition support for the referendum question.

As a conservative LNP member himself, Dutton knows the Liberal Party is beholden to the same predominantly Queensland right wing as are the Nats. Now that the smaller party has fixed its opposition, any moderate collaboration with Labor on First Nations recognition would split the Coalition and no doubt end his leadership.

Well before Labor’s resurgence, there had been an increasing prevalence within the Liberals of covert religious candidates seeking elected office. Some were exposed before the Victorian state election including one candidate who was so affronted by Labor’s free kindergarten promise that he let slip he was against kindergarten itself. Others may have disguised their Old Testament bigotry more effectively.

It is easily done. Let’s not forget that a faith-based right-winger was recently evicted from The Lodge, the full extent of his undemocratic beliefs kept successfully on the down-low until it was too late.

Speaking at a Pentecostal church infamous for its social backwardness (otherwise known as bigotry), , Scott Morrison explained shortly after his defeat where Australian confidence was best directed – God. “We trust in him. We don’t trust in governments. We don’t trust in United Nations, thank goodness.”

On that score at least, the 30th PM was privy to some pertinent inside information. After all, he’d personally done more to deceive voters, parliament, and his own party than any predecessor.

Back to the debacle in America where a 21-strong extremist rump from the Freedom Caucus and containing an even more hardline group called “Never Kevins” spent most of last week holding their own party hostage by blocking the election of Republican candidate for House Speaker, Kevin McCarthy.

By Australian (and most European standards), McCarthy is a deeply conservative figure. Yet he is despised as liberal collaborator by Trumpist fanatics who cite his past preparedness to negotiate with Democrats to get legislation through. That is, to do the work of a representative in a multi-member legislature.

There had been a record fourteen failed votes on the floor of the House despite the GOP holding a narrow majority since the Mid-Terms. McCarthy finally got over the line in a 15th after ceding major powers associated with the Speaker’s role – so many in fact that commentators wrote that McCarthy’s leadership had functionally ended before it began.

Even though Republicans held a majority in their own right, it was the longest selection process in 164 years – ie since before the Civil War.

Bringing all the force of a garden hose to a house fire, Joe Biden said it was “embarrassing” for the country. It is certainly that. But it portends something far worse than a loss of face – the open abandonment of core tenets of the democratic republic itself. Bedrock elements such as the primacy of elections, the Constitution and the democratic functioning of Congress.

Democrat Jim McGovern was more incisive. “It is ludicrous that this group of people who have cheered on [Jan. 6] insurrectionists, who have embraced racist and bigoted legislation are going to be calling the shots”.

Even Trump, the only declared GOP presidential hopeful for 2024, and therefore someone who desperately needs the party to remain functionally intact, had tried to hose things down.

Using his own network, Truth Social, the disgraced former president counselled restraint: “Republicans, do not turn a great triumph into a giant and embarrassing defeat,” he counselled. “It’s time to celebrate, you deserve it. Kevin McCarthy will do a good job, and maybe even a great job – just watch.”

Hint. When you’re being talked off a ledge of extreme political madness by Trump, you might just have gone too far.

American scholar Norman Ornstein argues the traditional political terminology has been gazumped by the GOP’s surrender to the Christian extremists.

For the Liberal Party of Australia which was struggling to find a liberal pulse even before its “moderates” were sent packing last May, these are interesting distinctions.

As the great moral test of First Nations recognition looms in the form of a referendum this spring, Liberals are showing every sign of dancing to the tune of the hardliners within Coalition ranks – a key reason why socially mainstream Liberal voters walked away in 2022 and are unlikely to come back any time soon.