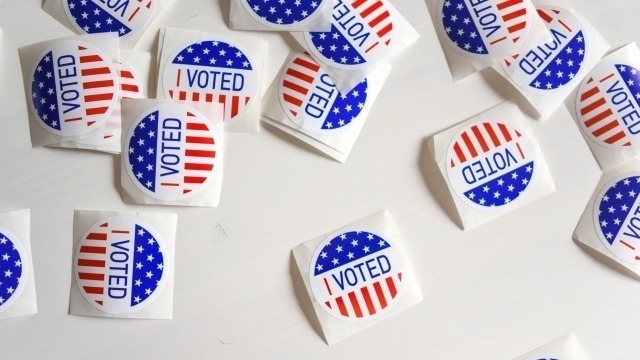 Godwin's Law holds that the longer a debate drags on, the closer it drifts towards the mention of Adolf Hitler, at which point it is lost.

It's a salutary axiom, but it may also be doing us a disservice right now.

How so? By inhibiting our willingness to join the dots on shifts in power from the people to the government.

Things like the presidential abuse of judges and the flagrant politicisation of the courts; the abusive demonisation of the fourth estate; the discrediting of expertise; the caustic personal belittling of political opponents; the scoffing disdain for science; the dismissal of accountability mechanisms; the dissemination of false information; the positioning of all criticism as partisan; the privileging of wealth; the boastful exaggeration of personal and governmental achievements; the co-option of a political party via intimidation of dissenters; and of course, the frontal attack on liberal-democratic norms with the express aim that elections themselves lack legitimacy.

Any of this seem fanciful?

Regrettably not, yet perversely, Godwin's Law makes us less inclined to link these shifts and call them what they are.

Even when packaged up, as above, this reluctance remains. The argument seems to be that describing someone as a fascist is disgraceful hyperbole unless they engage in genocide.

But why should 21st-century fascism be imagined exclusively in terms of the mid-20th-century version? Why not consider, as Primo Levi warned us, that "every age has its own fascism"?

And even if we are to draw on European analogues, why overlook the myriad other markers that made the German, Italian, Croatian, and Hungarian fascists so ruthlessly effective? The dismantling of civil society, the real and implicit violence, the base populism, the silencing of critics, and the total allegiance to a flawed leader?

Scholars of the period know that while the SS championed ideological purity, it was in practice more akin to a voracious criminal cult which had seized control of every element of coercion and annihilated alternative centres of power. Basically, the world's most evil gangsters.

Speaking of which, at least five of Trump's closest advisers are now convicted felons.

In any event, it's not what past strongmen did when they took power that should invite (or indeed inhibit) comparison right now, so much as how, within a democracy, it was allowed to happen. And who stayed silent.

Here, the critiques are more salient but remain strangely muted.

In her 2018 book Fascism: a Warning, former US secretary of state Madeleine Albright wrote about the rising tide of populist authoritarianism sweeping the democratic world.

A gifted writer and an exceptionally accomplished diplomat, her Jewish-Czechoslovakian family saw fascism first-hand, having fled the genocidal terror of German national socialism for Britain when she was a child.

Her family would flee Prague for a second time shortly after the war (this time to America) to escape Soviet dictatorship.

Albright's excellent book lays out the portents of toxic populism: the nationalist fervour in which simmering grievances are skilfully packaged up by demagogues, the rebranding of alternative opinion as unpatriotic, the crushing of free media, the leaders' self-love, and this poisonous truth: charismatic fascism builds its strength with every defenceless civil and political norm it obliterates.

Yet even Albright - perhaps too conscious of Godwin's Law - stops short of calling Trump the proto-fascist the evidence suggests he is.

Trump himself knows no such restraint, branding any redistributive policies "left-wing socialism" while leading menacing "lock 'em up" chants and smirking as his feverish supporters propose shooting Mexicans.

This, in a country with 400 million firearms, at least 8.5 million of which have been acquired this year - a 94 per cent increase over the same period last year.

Joe Biden, Trump tells his supporters, will "destroy the suburbs", "defund the police", and take your guns.

The British scholar Roger Griffin, one of the world's foremost scholars on right-wing extremist ideology, has attempted to define fascism as "a form of populist ultra-nationalism".

Importantly, he notes, it also exhibits a mystical or "palingenetic" quality, around the notion of national rebirth, or what the Australian scholar Jeff Sparrow has described as "the invocation of a mythical past".

One immediately thinks of the emotive and yet unquantified slogan "Make America Great Again" so resonant to Trump loyalists.

The astounding thing about conservatives in this country (US Republicans having fully capitulated) is their feckless apologising for all of this.

No amount of misogyny, racial dog-whistling, debasement of institutional norms, disregard for allies, nor flagrant me-first selfishness, is too much.

On the face of it, Tuesday's election is a simple binary - a choice between two uninspiring men. One who has always been unfit for high office, and another who, well, at least once was.

Yet more important than all that, it is a moral test for America itself.

A choice between democratic self-belief and the short-term lure of charismatic chaos.

Between truth, tradition and American honour, or the validation of the most adolescent president in US history.

In 2016, Trump's election might have been an accident - an angry spray with unknowable consequences.

But if they opt for Trump now, they are turning their backs on honesty in public life, on the rule of law, on the separation of powers, on social cohesion, and ultimately on their own democratic future.

A decisive rejection of Trumpism offers national redemption. His re-election, the opposite.

In 2020, there will be no innocence and no buyer's remorse.

If they want Trump, they want the COVID-negligence, the pussy-grabbing, the two Americas, the strategic retreat, and yes, the mayhem.

In 2020, conservative Americans are either against him, or they are him.

Mark Kenny is a professor at the Australian Studies Institute, ANU and hosts the politics podcast Democracy Sausage.