» News » Opinion: Australians face their starkest choice at the ballot box in 50 years. Here’s why

Opinion: Australians face their starkest choice at the ballot box in 50 years. Here’s why 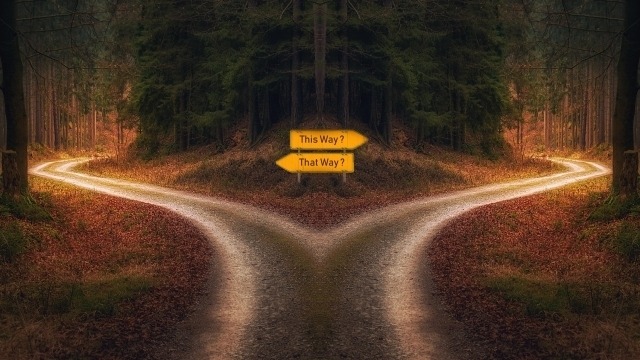 Image by PixxlTeufel from Pixabay
Friday 20 May 2022

A version of this article was originally published by The Conversation.

This was how Labor rationalised the miscalculations that led to its “Don’s Party” disappointment in 1969, followed by the 1972 triumph of the “It’s Time” campaign.

Half a century later, the idea of sticking with unpopular policy seems romantic, unthinkable. Principles are not just old-hat in an era of professionalised politics, but absurd.

Swamped by voter-attitude metrics, modern democratic leaders are not leaders in the traditional sense. Rather, they are followers. Followers of market researchers and media proprietors who disabuse them of ambitious conceits like national leadership, or anything that might tempt them to make changes based on electoral judgement, the national interest, or even ideology.

Still, a few months ago, one starry-eyed fool (to wit, this author) described the looming 2022 federal election as the most important national choice to be put before voters since that 1972 hinge-point.

If it was an invitation to Labor leader Anthony Albanese to paint in bold brushstrokes, he didn’t receive it.

Instead, Labor’s risk-averse policy presentation has largely mirrored the reform-shy government it seeks to replace. This makes for the least policy-divergent choice in the 50 years since 1972.

The 2022 election more closely resembles a velodrome match-sprint where the two riders have almost stopped on the banked section, each terrified of leading off and being overtaken in the final dash for the line.

The 1972 comparison gets even harder when you look at former Prime Minister Gough Whitlam’s first month in office.

He promised to establish diplomatic relations with Peking (now Beijing), following his audacious trip to “Red China” in 1971. Imagine this (or any) opposition making a play of similar foreign policy gravity today.

While the Coalition would no doubt have come to it eventually, Whitlam acted without hesitation or American permission. Crucially, he backed his capacity to explain it to the country, despite the danger of being tagged as soft on communism. Again, leaders taking decisions and then relying on their persuasive powers to win arguments seems fanciful amid the timidity of contemporary politics.

A shot of adrenaline

With his pared back, don’t-frighten-the-horses agenda, Albanese might have less to do over a whole term, and Whitlam was only getting started.

To a slumbering post-war Australia, it was a shot of late 20th Century adrenaline and the results were startling. Australian historian Manning Clark described it as the “end of the Ice Age”.

But in 1975, it ended in ignominy. As McIntyre later observed, “the golden age was over”.

But what if it is not Labor that now represents the radical option but the status quo? What if changing governments offers the safer, more conventional course for nervous voters? As Mark Twain noted, history doesn’t repeat itself but it often rhymes.

Labor’s 1972 manifesto was inspiring, but it was the urgency with which its modernising promise was articulated after 23 years of Coalition rule that had impatient voters energised. The McMahon Coalition government was a no ideas factory in the lead-up to the 1972 election, although it did not exhibit the insidious corrosive streak of its modern-day equivalent.

This is the rhyme. While the 2022 election is not about the magisterial reform possibilities of an incoming government, it is about the urgent need to rescue longstanding governing norms around transparency, accountability, ministerial standards, trust and the honesty, and of course, the viability of the public service.

It is in this critical sense that the two elections might be compared.

The radicalism absent from Labor’s 2022 manifesto is made up for in the unspoken but no-less transformative erosion of standards by the government. The Coalition is primarily intent on the political dividends of division, on courting the applause of media vassals, religious conservatives, and a populist Nationals rump.

Morrison’s approach can be described as divide and dither.

It finds its expression in the Coalition’s reflexive recourse to politics over policy – frequently at the direct expense of the national interest such as in the weaponisation of climate change and more recently, the attempts to weaken the outward presentation of domestic bipartisanship on national security.

The former is a classic of the genre. Morrison’s hollow embrace of net zero by 2050 ahead of Glasgow last year was greeted by political insiders as a triumph of prime ministerial skill, when all it really did was expose how utterly pointless the Coalition’s decade-long negation had been. Moreover, it brought no revision to interim targets nor adjusted any other policy architecture.

Its real aim – in which it was successful - was the neutralisation of a Coalition stance that had morphed into a clear electoral negative.

The latter, national security, was tickled along last Friday in Defence Minister Peter Dutton’s ultra-earnest press conference transparently called to (re)frighten voters about a Chinese “warship” that was “hugging” Australia’s north-western coast at a distance of 400 kilometres.

Divide and dither revels in manufactured culture wars over transgender teens and identity politics, fumes about supposed attacks on faith, and white-ants efforts to build support for a First Nations Voice in the Constitution.

Witness the government’s pillorying responses to anti-discrimination campaigners with dismissive throw-aways like “all lives matter”.

Divide and dither’s existence was spectacularly laid bare in a series of explosive “textimonials” regarding Morrison’s character from his own colleagues – people much closer to him than voters, including Deputy Prime Minister Barnaby Joyce. These described him variously as a “hypocrite and a liar”. A New South Wales Liberal senator called him a “bully with no moral compass”.

It’s there, too, in the vicious campaigns against “fake” independent women – simply for standing for office. In a democracy. The Liberals’ refusal to acknowledge and address female under-representation has invited the very rebellion it now faces from high-calibre female candidates in safe Liberal seats.

The overall impression is of a government shamelessly enabled by a pseudo-independent media that makes no serious attempt to govern for all Australians.

No change means no consequences

In light of these multiple failures, in opting for no change, Australian voters would be saying there is no cost for governing like this.

The Coalition’s take-out would be – keep misleading and pork-barrelling and fomenting useless culture wars.

Keep stacking boards and cutting taxes for the rich and emaciating the public service. Keep denying an anti-corruption commission even as its need becomes ever-more pressing.

Psychologists would call such a verdict “learned helplessness” – an acceptance that such corruptions are inevitable, and no more than we deserve.

Accountable government, national unity, evidence-based policy, and democratic accountability are all on the ballot at this election.

It is not 1972, but the choice might be equally stark, despite Labor’s timidity.