» News » Opinion: Australia's commitment to truth in power hasn't improved much over the decades

Opinion: Australia's commitment to truth in power hasn't improved much over the decades 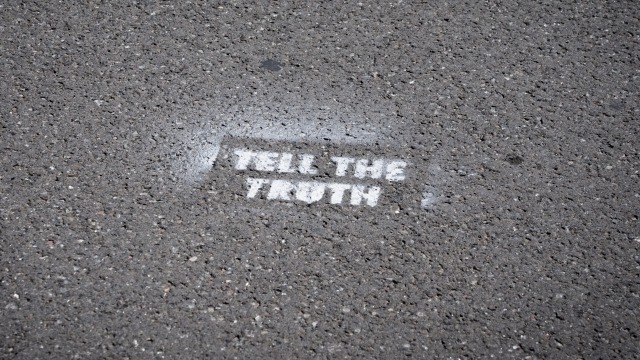 It is common knowledge thousands of European men braved freezing conditions and isolation to build the Snowy Mountains hydro-electric scheme.

Some of these, the dispossessed overburden from the most violent war in history, were nationals from the very countries Australia had been fighting in the name of freedom.

Nations which had fallen prey to the monstrous lies of demagoguery and an all-powerful state.

Less known, though, is how much these men in their rudimentary encampments, relied on the regular bus visits originating from Green Square in Kingston, driven by John Burton - one of the early drafters of the United Nations Charter and an attendee at the San Francisco conference called for that purpose.

Dr Burton - he had a PhD in economics - would take his rolling general store to the remote Snowy worksites to sell foreign language newspapers (long out-of-date) books, records and magazines, as well as clothes, small electrical appliances and a miscellany of other items.

Burton was many things: a restless entrepreneur, a Labor candidate, an innovative farmer, an importer of Messerschmitt three-wheeled cars, and a visionary foreign policy thinker who, in his early 30s, had been the wunderkind head of the Department of External Affairs (as DFAT was then known).

He was also a radical thinker and as such was, along with his family, subject to relentless persecutory surveillance by the newly created, and zealously anti-left wing Australian Secret Intelligence Organisation.

An extraordinary new book on his life and that of his wife, Cecily Burton, reads also as a social, political, academic and, at times, painfully subjective history of marital dysfunction in a Canberra of the immediate post-war years.

Painful because the authors of Persons of Interest: An intimate account of Cecily and John Burton are the two surviving daughters of the couple, Pamela Burton and her sister, Meredith Edwards.

These were frightening times weighed down by the paranoia of the Cold War. Perfect conditions as it turns out for the creation of a shadowy and poorly-controlled ASIO. An agency that would spy on citizens arbitrarily deemed to be suspicious: leftists, unionists, academics, writers; "persons of interest" -- all of them.

For Canberrans, this unusual yet beguiling memoir unfurls its mostly chronological account of the Burtons' travails across a raft of familiar locations, intersecting with significant events and prominent Australians during a period of unease in the young capital. All of it under the eyes and ears of ASIO.

As local history it is rich and rewarding. Yet its lessons are more universal, pointing to the dangers of secretive state powers, and to the tendency of those granted them to become the self-appointed arbiters of freedom's limits.

As the new Labor government decides whether to abandon the Coalition's pursuit of the lawyer Bernard Collaery, and as Australians finally wake up to the pernicious treatment of Julian Assange by our two closest allies, Britain and the US, these questions matter.

Attorney-General Mark Dreyfus has yet to announce a decision on Collaery's prosecution, which arose from the whistleblower revelations of his client and former intelligence officer, Witness K exposing Australia's espionage against Timor Leste in the early-2000s. Australia's bugging of the executive offices of one of the poorest nations in the world was unconscionable - an action unrelated to Australia's national security but rather to lucrative oil and gas revenue in the Timor Sea.

Assange's case further exposes the hollow boast of Anglosphere countries to be above the discretionary punishment of those who reveal inconvenient truths, and cause official embarrassment.

The sentence of former US intelligence officer Chelsea Manning for leaking a video in which a US helicopter gunship shoots civilians in Iraq in 2007 was commuted by President Obama in 2017. Assange, however, as the recipient of that leak faces extradition to the US and a likely life sentence.

Australia's response has been supine, even when Assange was transferred to extended solitary confinement in Britain's notoriously tough Belmarsh prison, despite representing no danger to society.

The UK, which grants extraordinary latitude to its miscreant political class, seems intent on applying the most rigid extra-statutory standards to an Australian citizen.

In the face of such harsh and vindictive treatment, the political "right" goes silent, preferring the same differential acrobatics its fiercely pro-life fanatics rely on to back unfettered gun ownership in the US.

Where are the true liberals railing against executive overreach? Where are the individual rights protectors opposing the prospect of an Australian citizen being spirited towards a virtual death sentence for revealing war crimes committed during a war that was itself unlawful?

Assange, it should be noted (again) committed no crime on US soil and moreover, breached no Australian law in publishing the video. The extra-territorial extension of what is already an excessive instrument of US domestic law should have all Australians outraged - as should British and Australian fecklessness at America's assertion of it.

In the moral test to be applied by history, it is not Assange or Collaery or Witness K who will have been on trial but Australia's claim to the primacy of truth, freedom, Australian citizenship and executive accountability -- the robust virtues of a rule-of-law democracy.

As the west furiously bolsters Ukraine against Vladimir Putin's criminal rampage, and girds against Xi Jinping's oppressive and expansive surveillance state, the irony completely eludes us that the same subjective fragility, the same hypersensitivity to criticism is evident in our response to whistleblowers and truth-tellers like Witness K, Collaery and Assange.

And as the valuable personal accounts of writers like Pamela Burton, Meredith Edwards and Penny Lockwood reveal, the lives of many more innocent people are chewed up in the process. More than we are ever allowed to know.

Mark Kenny is a political analyst for The Canberra Times. He is a professor at the ANU Australian Studies Institute and host of the Democracy Sausage podcast.