» News » Opinion: Denial of black sovereignty a stain on our democratic soul

Opinion: Denial of black sovereignty a stain on our democratic soul 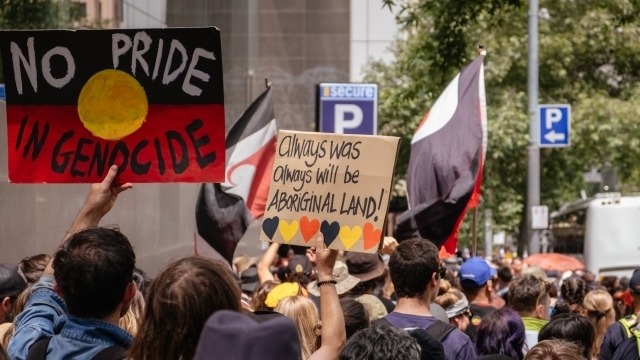 Last week saw the fi rst anniversary of the deadly insurrection at the US Capitol, when Trumpist fanatics and sundry extremists insisted that the US presidential election had been stolen via a giant elitist conspiracy.

Who gave them that idea?

For the rest of the democratic world, scenes of amped-up QA non-inspired thugs storming the Congress, assaulting police and trashing offices were traumatic, if reassuringly foreign.

On the one hand, the upwelling reminded us that the rules and norms of civil society can collapse in a populist heartbeat.

Legislators preparing to certify the presidential poll - some attending their very first day in their new workplace - huddled together, praying behind improvised barricades, convinced they would die then and there.

It was no drill.

On the other hand, for those of us watching on television, there was an otherly quality to the chaos, as hoarse men danced about in a state of directionless glee, unable to say anything more articulate than the inner toddler they were channelling.

Though horrified, we smugly assumed this was a particularly polarised American malady.

Yet, fired in part by the January 6 insurrection, Australia has since witnessed its own "freedom" marches, with national monuments desecrated, death threats issued, and community and shared democratic values shredded.

The right to peaceful protest is fundamental to liberal societies. But neither of these events remained peaceful.

A few weeks from now, around the same time as modern Australia marks its national day, the Aboriginal Tent Embassy will mark its 50th anniversary.

In October 2020, I simultaneously honoured and lamented its longevity when delivering the Henry Parkes Oration from the building overlooking it, Old Parliament House.

I hope you'll forgive me for quoting myself here - if only because I cannot think of a better way to describe the encampment than to contrast it with the revered landmarks of the Australian War Memorial across Lake Burley Griffin and the old and new parliament houses up behind it.

"What you see is also, in its own way, perfect. For amid all this precision planning, the manicured landscaping and permanent sharp-edged monumentalism, right there, smack-bang on this nation-defining axis, sits the Aboriginal Tent Embassy - its improvised disorder acting as its own monument to marginalisation, denial, grudging tolerance, and legal ambiguity. Here, in deliberate contradistinction, is an anti-monument - asymmetric, informal, and ephemeral. Like its legal status, it speaks of what the British-Polish social theorist Zygmunt Bauman called 'permanent temporariness'. Where the other institutions sit stoic and motionless in a fast-moving world so as to remind us of our enduring values, this [site] evokes movement. It reminds us that it is our stone hearts that have stopped, that it is we that are closed and motionless. The Tent Embassy - one of the world's enduring continuous protest sites - will have been there for 50 years in little more than a year from now. It is a credit to the simple perseverance of a people who in so many other ways, from their racist treatment in the constitution, to their discrimination, incarceration, and denunciation since white settlement, have just clung on."

On December 30, the protest site became something else, when a fi re was set in the entrance of Old Parliament House at the top of what is arguably Australia's most storied steps.

While the Aboriginal Tent Embassy quickly disavowed the action, the wanton vandalism of a treasured jewel was unconscionable.

Fairly or not, the encampment - which has expanded dramatically in recent weeks - now shares more than a birthday month with D.C.'s January 6 insurrection, having been manipulated by right-wing freedom fundamentalists.

In both cases, embarrassingly ill-informed rioters - including at least one with links to QA non-attacked the national democratic architecture, causing damage and losing supporters in the process.

Sources say the vandals deliberately set the doors ablaze in the mistaken understanding that it housed Australia's national parliament. Stupid as this was, the targeting of democracy itself was no accident.

At one point, some 20 riot police were inside the heritage-listed building preparing for the eventuality of a likely breach.

The fire followed a failed attempt to attach a chain to the doors in order to rip them open using a vehicle. Arson was plan B.

Proving their outsider status, protesters also attempted to march on the High Court on the day - which, although easily reached from Old Parliament House, they failed to locate.

While nothing can excuse these insane actions, the persistence of the Tent Embassy itself mirrors the failure of contemporary Australia to account for its genocidal origins.

This denial creates the conditions, not just for escalating grievance, but for a stunted national mindset. Justice delayed is justice denied. And the psychological toll accrues on both sides.

In a positive development last week, the federal government announced $316.5 million for the creation of a First Nations Peoples museum, resting place, and cultural facility, close to the lake and on that very national axis.

In keeping with Canberra itself, the design will be arrived at via an architectural competition.

Having coldly rebuffed the generosity of the Uluru Statement from the Heart - itself timed to mark the 50th anniversary of the successful 1967 referendum - the Morrison government's agreement to a First Nations Peoples institution at the very centre of Canberra's national arc is an important, perhaps crucial gesture.

Only government is holding this back.

Mark Kenny is a political analyst for The Canberra Times. He is a professor at the ANU Australian Studies Institute and host of the Democracy Sausage podcast.