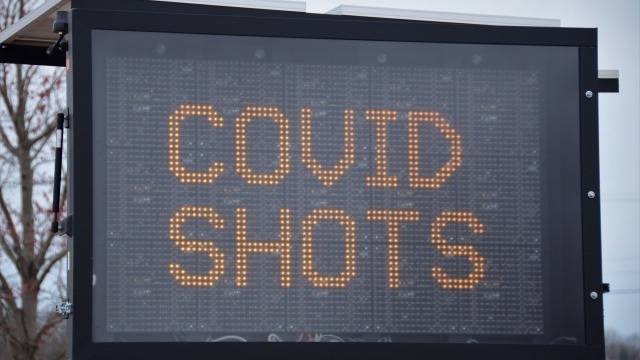 Two huge stories relating to national security coincided last week and the comparison was not a happy one for the Morrison Government.

One was the looming anniversary of 9/11 as the Americans call it, reminding us of everything it represented from ill-advised wars and humiliating defeats, to intelligence failures, and multi-billion dollar defence contracts.

The other was documentary evidence of the Morrison government’s mystifyingly lethargic approach to vaccine acquisition in 2020 – back when the race was, you know, actually on.

First, the terror attacks and the two decades of national security overreach since.

Rocked by the staggering events in 2001, Australia’s government concluded that the balance of safety and security had changed.

The months and years that followed saw accelerations in three critical dimensions: the momentous decisions to go to war in Afghanistan and subsequently Iraq; unnecessarily hurried decisions to commit untold billions to the acquisition of conceptual-stage defence hardware; and the stepped expansion of state security powers via more than 70 new provisions.

The US had been attacked, but it was John Howard three days later, who invoked the ANZUS treaty – for the first and only time – committing Australia to direct military partnership in Afghanistan.

Domestic politics donned the khaki-coloured verities of a national security mindset with the Coalition’s 2001 and 2004 victories leavened by the electoral dividends flowing to a government which knew its core business was “keeping us safe”.

Julia Gillard, the third of six Australian prime ministers to preside over Australia’s longest engagement, defended its original rationale on Thursday as “counter-terrorism”. Her cogency might be the cleanest version of the malleable logics relied on at various stages to justify the losses of blood and treasure.

And of course, in this of all weeks, the futility of those losses was rendered most stark as the incipient Taliban theocracy named its all-male cabinet.

More so because the Taliban has been handed the most powerful of symbols – September 11 itself – ensuring America’s worst date on the calendar would become the Jihadist’s best, twenty blood-soaked years later.

The propaganda value is incalculable. A rag-tag of misogynist religious fanatics had seen off the world’s greatest, most technically advanced super power. It could now resume its joyless pre-enlightenment nightmare of re-enslaving Afghanistan’s women, banning music, and crushing resistance in the Panjshir Valley aided by seized American arms.

Subsequent to our Afghanistan haste, was the circumvention of process for the commitment to purchase up to 100 unproven American F35 stealth aircraft at a cost of $17 billion.

This theoretically superior joint strike-fighter is to be arrayed against perceived future threats that remain correspondingly diffuse, changing, and unquantifiable. Nearly twenty years on, the problem-plagued aircraft, described by defence and industry critics as a “pig”, “a lemon”, and much worse, was only declared to be combat-ready in 2020.

But that’s value for money compared to the $80 billion plus committed to so-called “future submarines” the first of which will not be operational until the mid-2030s, when its technology will already be dated and its strategic relevance may have peaked.

These extraordinary decisions – the former made by Howard without even going to tender - are sadly, unremarkable in defence, where speculative technology acquisitions leave con-trails of debt and underperformance for which nobody is held accountable.

Girding all this underperformance and eye-watering cost overruns, is impenetrable secrecy. Commercial-in-confidence, national security, Cabinet confidentiality, anything to avoid or delay accountability.

This is national security – an impregnable  concept to be deployed politically by incumbent governments and financially by the arms industry.

But if the ultimate aim is the safety and security of Australians, consider another story that has emerged in recent days.

Emails obtained by Labor under freedom of information, show a manufacturer of an mRNA vaccine, Pfizer, was held at arm’s length at the height of a galloping global pandemic last year, because the Health Minister was too busy preparing a world class rollout.

The pharmaceutical behemoth warned explicitly that it could supply millions of doses but was already fielding strong interest from other countries.

Apparently, among the Morrison government’s objections, was a certain distaste for signing non-disclosure agreements as a condition of being briefed by company executives about the vaccine’s efficacy.

Cynics might guess that a government obsessed with announcements, simply could not cede such rights to the company.

But what stands out to me is the irony of the most non-transparent government in Australian history, turning up its nose at a company looking to protect its intellectual property.

If ministerial responsibility retained any meaning at all, Health Minister Greg Hunt’s position might now untenable.

But rebuffing Pfizer came right from higher up, and its details were, as usual, kept secret.

Even now, Scott Morrison is playing ducks and drakes dismissing Labor’s interpretation of the email traffic as just one version, while claiming there were multiple Pfizer/Government exchanges which paint a different picture.

The obvious thing to do then is release such communications – assuming they exist.

Asked directly on Thursday when he had met with the company, Morrison said: “I would have been talking to them, in the second half of last year”. Gee. Specific.

This of course was no answer at all. A deal for 10 million doses of the Pfizer vaccine was eventually signed in November. Whereas this question relates to May or June, 2020. Or July. Or August. Or September. Or October.

That the September 11 hijackers got through America’s defences was the worst intelligence failure since Pearl Harbour, and possibly more consequential.

But when Australia’s national security and economic well-being was on the line, even a direct, offer of assistance was brushed off.

Measured against its self-declared raison d’etre of keeping Australians safe, the lack of urgency in amid a burgeoning 1 in 100 years pandemic, must constitute a similar failure.