» News » Opinion: The Indigenous Voice to Parliament is for all Australians

Opinion: The Indigenous Voice to Parliament is for all Australians 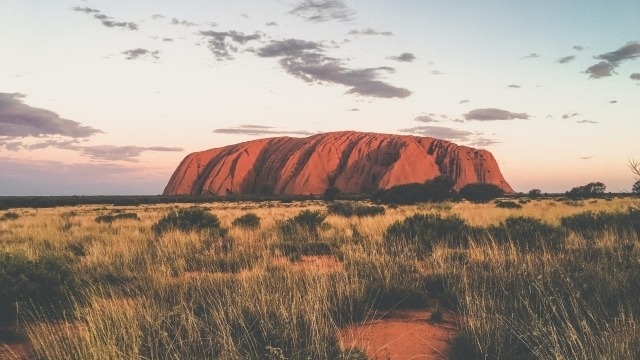 Rarely in world history has a settler society forged from conflict and cultural negation been handed such a painless avenue to redemption.

The push to include a parliamentary power in the constitution for a Voice to Parliament for First Nations Peoples - as outlined in the 2017 Uluru Statement from the Heart - is a once-in-a-lifetime deal.

It would pair modern Australia with the ancient cultures its founders pretended were either not here, or were not worthy of human rights.

Over the two-and-a-half centuries since, the colonies which eventually formed one nation, told and retold that lie.

Modern Australia perpetuated it even as it paraded its egalitarianism. Even as it declared a unique global mortgage on decency and the fair go. Even as it pretended past wrongs presented no modern sequelae, no intergenerational tale of trauma, dysfunction and disadvantage.

At the bain-marie of history, we saw ourselves in the positive achievements of our forebears, but denied any culpability or undue benefit from acquiring a whole land-mass for free. John Howard reassured us the crimes of rape and murder and dispossession and discrimination committed in its acquisition were done not by us but "others". The past is a foreign country, they do things differently there.

But official denial has proved a moral dead end. A millstone on the national heart.

Negation has merely magnified the harm, becoming a contemporaneous commission of original wrongs. Howard couldn't utter a simple apology to the Stolen Generations. Peter Dutton walked out when Kevin Rudd delivered it.

The Uluru Statement lights the way out of this paralysing moral funk, this selective, disreputable fairytale.

It is an invitation to walk together on the path to a big-hearted Australia. A proudly immigrant-derived nation uniquely founded in the most ancient lands and lineages of any country in the world.

A nation whose towering achievement could be a courageous voluntary reckoning with those past atrocities.

A nation from whose clarifying treaty and truth process might just emerge the greatest society on Earth - the only nation-state with a continent to itself, and the only one to have reached a just and harmonious settlement with the planet's oldest surviving cultures.

"Uluru" invites this possibility. An accountable inclusive society which owns the good and bad of its origin story so as to better construct its future.

While there is goodwill, many question the basic logic of the Voice. Why is it needed, why must it be in the constitution, and will it "close the gap?" Does it create a race distinction where previously there was none? Aren't First Nations MPs already the voice of "their people"?

It is needed because white Australia was created by force and the passage of time has not changed that.

Lands were never ceded nor compensation paid. Terra nullius promoted the convenient fiction Australia was empty. The dehumanising intent of this claim was and is reflected in countless policies and administrative acts ever since. Creating a Voice to Parliament recognises First Nations Peoples' presence and establishes their unique interest in policies directly pertaining to them. It is ipso facto, an admission of past failures.

But it is locating the Voice in the Constitution which elevates this remedial mechanism above normal competitive politics and myriad well-intentioned failures. Constitutional enshrinement recognises retrospectively that even in a multicultural nation, the pre-existing human rights of original inhabitants are inalienable and sui generis - which is to say, special and unique. This should have been reflected in the nation's birth certificate.

To deny that now, given this chance, would constitute an egregious confirmation of British dispossession and the injustice it licensed.

Does it create inequality in an otherwise race-blind the constitution? No. Because, for all its virtues, the constitution was already racially selective by expressly ignoring existing custodianship as a fact before European arrival. Its architects went to great lengths to assuage the interests of the six fledgling colonies and the British Crown. Yet they said nothing of millennia of prior ownership.

The document must be seen in this light as an instrument of colonisation logic - its silence on ownership was deliberate - an explicit act of legal and cultural deletion. Race was assumed to be white European and thus not explicit. Black Australia was dealt with by exclusion.

Why not legislate the Voice in Parliament first? This is largely covered above, but in addition, note that several bodies including no less than the High Court, are created by Parliament pursuant to a broad power set out in the constitution (Ch III The Judicature). It is a thoroughly orthodox approach. The constitution confers the power on Parliament to make detailed laws. As constitutional expert Anne Twomey notes, because constitutions are difficult to amend, they are not the place to "freeze" complex laws, the operation of which should be open to the community via parliament to monitor and amend as required.

Will The Voice lead to a closing of the gap on school retention, health outcomes, crime and incarceration rates and economic marginalisation? Yes. Through better policy. But the validating gestures of contrition, truth-telling and dialogue will also herald a rejuvenation of self-respect in both white and black communities.

In the end, modern enlightened Australia faces a question of basic principle. One of right versus wrong.