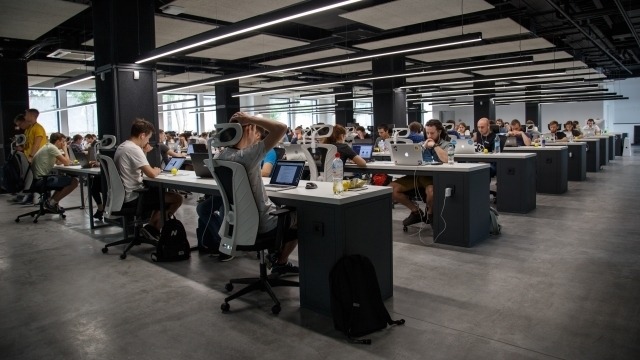 During my years in the Press Gallery choir, the House Howlers, we did a few shows with a slightly less irreverent outfit called The Shiny-bum Singers.

Comprised of public servants, their name poked fun at a negative depiction of public employees in office jobs, the only evidence of actual work being the sheen on the seat of their pants from all that strenuous sitting down.

Boffins, mandarins, pen-pushers and paper-shufflers, the stereotype had it that they were men, invariably well-paid, and most damningly of all, well insulated from the precarities of the private job market. Such gibes seem quaint now.

For a start, six out of 10 public servants are women, although, the best paid posts are still dominated, albeit narrowly, by men who hold 53 per cent of SES 2&3 sinecures.

Fascinatingly, not far short of a quarter of public servants (22.7 per cent) were born overseas, and well-less than half of all 159, 469 bureaucrats (38.3 per cent) are based in Canberra, the rest being distributed in other cities and regions near and abroad.

These figures challenge common reductions such as that Canberra is a company town - the company being the government - and that its armies of boffins exist in a self-referential bubble removed from ordinary Australia.

But years of bipartisan neoliberalism have tightened the screws making the public service less capable and also less competitive in the broader labour market. To that we might add less adventurous.

Successive iterations of government have contracted out some of the best thinking work, and in 2018, Scott Morrison basically told public servants to stay out of the ideas business which was the province of ministers.

Presumably, this was said with a straight face?

Let's be clear though. Impartiality has been under direct assault through such things as the removal of departmental heads who give them inconvenient advice. Some responded by resembling ministerial staff.

As is customary in such reviews, the 2021-22 State of the Service Report lauds change. Why it is needed. Why it is inevitable. How it must happen in order to ensure the APS's capabilities match the needs of a fast-moving world.

But doing change is not the same as talking change. Ultimately, the job of APS heads is not to be voguish or at one with ministers, but to be right.