» News » Opinion: There's a strong argument to move Australia Day to May 9

Opinion: There's a strong argument to move Australia Day to May 9 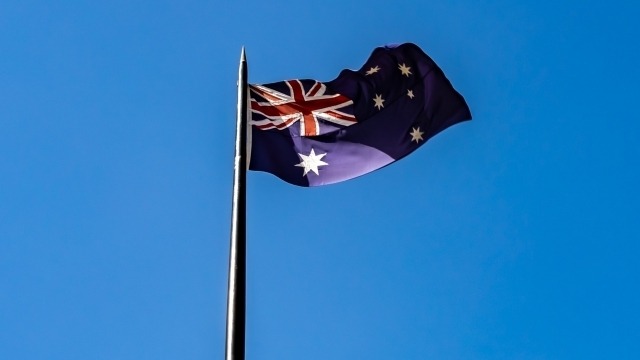 A version of this article was originally published by The Sydney Morning Herald.

A hole in the argument to move Australia Day from January 26 has been the absence of a logical alternative – or any consensus for same.

But is that right?

In truth, the case for January 26 is rather thin from a national perspective. Even leaving aside dispossession, the founding of a British penal colony in what would later become NSW, is a dubious basis for Australia's national day. This was an act of empire building. Literally.

As the former Keating government minister Chris Schacht points out, it did not create Australia and the staking of the flag of Britain to claim New Holland at Sydney Cove holds little connection for the people of Adelaide, or Port Hedland. Remember, it is only since 1994 that the anniversary has been treated consistently in all states and territories, underscoring the date's NSW-centric significance.

The core propositions of this dispute are well rehearsed. Conservatives say there is no case for change, with some muttering sotto voce about the left's "black armband" view of history.

The Greens, plus some within Labor, and importantly, many Indigenous community members, say the date ignores what was an invasion and even presents it as an unalloyed "good", making it offensive to the original owners.

Clearly these positions are poles apart – the antithesis of the unifying purpose for which the anniversary was conceived.

It's a powerful point. Yet it is not one that has so far swayed the mainstream parties with the Coalition doubling down and Labor sitting pat, acknowledging on the one hand the sensitivities, while refusing to drive a shift.

Inflaming all of this is the way the day itself has evolved from a low-key commemoration to a gaudy flag-waving celebration of all things "Aussie" replete with fireworks, huge public events, and countless parties. Rising jingoism has transformed the character of Australia Day, simultaneously elevating its calendar importance while sharpening the sense that it is precisely the wrong historical moment to giddily proclaim unity.

So what are the alternatives? Schacht concedes the obvious choice would mark Australia's Federation on January 1, 1901, but says holding your national day on New Year's Day is impractical. There is however, a very good alternative that would (presumably) offend no one and which does all the things January 26 cannot.

That is, it marks a date on which multiple steps have been taken on the path to modern Australia's creation. A day when this new nation took practical form with its first sitting of the federal parliament, and which was reinforced subsequently, with the very first sittings in the newly created capital, and finally, the first sitting in the new (permanent) Parliament House on Capital Hill.

That date is May 9 – the same day in 1901 when we became a self-governing federation; again in 1927, when the Parliament shifted to Canberra (from Melbourne); and finally, in the bicentennial year of 1988, when the current Parliament House was opened.

What better way to celebrate the great milestones of nationhood than its formalisation as an institutional democracy empowered to make its own national laws under its own constitution?

A recent Australia Institute survey suggests less than half of Australians correctly identified the reason for January 26 anyway, and that 56 per cent were not fussed about when the national day falls.

If the country cannot bring itself to deliver meaningful constitutional recognition of the original inhabitant owners, nor even an Indigenous advisory body, for fear of creating a so-called "third chamber" of Parliament, surely settling on a date of national celebration that does not wilfully gloss over violent dispossession is reasonable.