» News » Pacific nations can’t be left behind at COP26

Pacific nations can’t be left behind at COP26 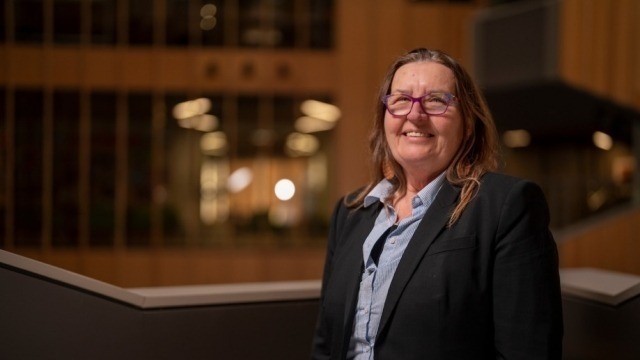 Four ANU experts warn that Pacific nations are at risk of being left behind in global climate negotiations if they aren’t a focus of the upcoming COP26 summit in Glasgow.

Experts from The Australian National University (ANU) warn Pacific nations are at risk of being left behind in global climate negotiations if they aren't a focus of the upcoming COP26 summit.

Dr Siobhan McDonnell, Dr Ian Fry and Salā Dr George Carter will attend the crucial climate talks. They will argue Pacific Island nations must have a strong voice during the conference after previously having had their desire for a carbon market blocked by bigger countries.

Dr McDonnell, a senior lecturer at the ANU Crawford School of Public Policy, said all governments must work harder to ensure the urgency of the climate situation facing all Pacific Island nations is heard at COP26. She also negotiated for Vanuatu on loss and damage at COP25, and will be supporting the Fiji delegation on loss and damage this year.

"There's an urgency around Pacific island countries; this is not just an issue of adaptation. There are issues of material and non-material loss and damage caused by the impact of climate change that are tangible and real," Dr McDonnell said.

"These are actual costs that are borne now and into the future by Pacific island nations and their people in terms of spiritual loss of place, loss of aspects of culture, burial grounds and loss of attachment to place."

Senior lecturer at the ANU Fenner School of Environment and Society Dr Ian Fry has been attending the COP conferences since 1997 when the Kyoto Protocol was completed.

Dr Fry said his focus is on finalising the rules for carbon markets for least developed countries (LDCs) under Article 6 of the Paris Agreement.

"At the last COP in Madrid, we got very close to a final decision that would implement the carbon market, but Brazil blocked an outcome. Since then, we have been having many online informal negotiating sessions to resolve some of the outstanding issues," he said.

Director of the ANU Pacific Institute and Research Fellow at the ANU Department of Pacific Affairs, Salā Dr George Carter said the urgency of negotiations for Pacific island nations at COP26 is nothing new, given that representatives have been lobbying for climate action since 1990.

"It is their greatest contribution and legacy in international politics," Dr Carter said.

"The signs are detrimental and there is an existential threat to the livelihoods, the security and the well-being of Pacific people. The future is far less viable for many Pacific islands, especially people in low coral atoll nations.

"Pacific Small Island Developing States and like-minded, multi-actor coalitions are at the forefront of making sure the current negotiations for the Paris Agreement uphold environmental integrity.

"All these parties have high ambition on mitigation, finance, adaptation, loss, damage and oceans."

She said addressing climate change must be part of the Federal Government's revised National Roadmap for Indigenous Australia.

Dr Virginia Marshall is a Research Associate with the Australian Studies Institute, as well as member of the Institute's Advisory Board. Virginia is host of the Institute’s ‘in-conversation’ series Yindyamarra. The video series, broadcast online, is designed to amplify the voices of Aboriginal or Torres Strait Islanders in our national discussions.