» News » In the red October budget, will Morrison sink the Australian economy?

In the red October budget, will Morrison sink the Australian economy? 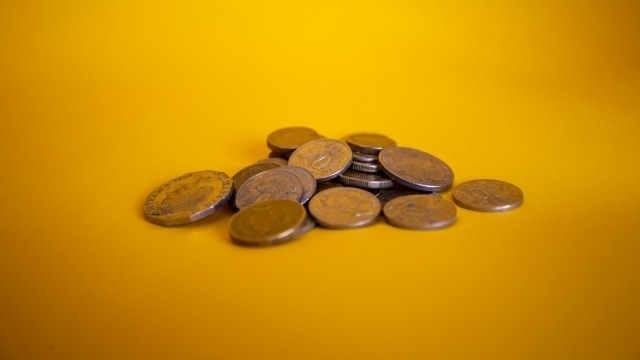 Like the COVID-ravaged economy, Scott Morrison's challenge between now and the next election, has a certain submarine quality to it.

Commander Morrison's plan is to stay under for a while yet, but to safely resurface with his crew still alive economically and politically.

For the rest of us, the questions are also existential: how long can we stay submerged and when does the economy reach crush depth? Some businesses have collapsed under the weight already, and others linger as the walking dead.

We had been promised sunlit uplands invoking thoughts of hats and SPF 50+, not oxygen tanks and rigid obedience.

So inevitable was this national payday that Morrison and Treasurer Josh Frydenberg were already turning out the "merch" and styling themselves as the Men in Black.

Now, the treasurer's second budget - a gushing spend-a-thon designed to flood a sick economy with borrowed cash - is more akin to The Hunt for Red October.

Although, funnily enough, if we're matching submarine movies with the sea of red in this year's budget, Crimson Tide might also have worked. Perhaps even Run Silent, Run Deep.

Like the theatrically groaning hull in all such films, the Commonwealth's borrowing capacity can always go deeper. And it will need to because the talk is of a 2020-21 deficit of $220 billion and for an additional $100 billion or so for the following couple of years after that.

Remember Tony Abbott campaigning like a crazed wolverine over Rudd-Swan budget deficits of $32 billion in 2008-09 and a forecast $57.6 billion in 2009-10 even as the GFC tore international economies asunder?

Remember his debt and deficit disaster? The wrecking ball, the python squeeze and the hammer blow? Labor's deficits were small by international standards and represented prudent policy helping Australia to avoid the recession trough into which the rest of the world fell.

Debt, as a proportion of GDP, was less than 12 per cent in 2008 as the stimulus flowed, and climbed to a very modest 16.7 per cent the next year.

After seven years of the Abbott-Turnbull-Morrison governments, it was 42 per cent and will easily exceed 50 per cent hereafter.

"Having decided the budget cannot be balanced, discipline on spending appears to have been sidelined. But why not? The lesson of the GFC was that the far greater risk lay in doing too little to protect jobs, not too much."

Submarine movies are a genre all of their own.

Confined, male-centric, and excruciatingly vulnerable, the crew resembles the Morrison cabinet in more ways than one.

There's the constant threat of leaks, the faulty gauges, the fragmentary communications and inevitably, a preternatural desire to surface prematurely - where in all likelihood, the enemy still lurks.

Another common plot device is the fateful moment when the captain must seal off a section of the stricken vessel - inevitably with crew members trapped inside - to save the ship.

Sound familiar? Sickeningly so if you were gainfully employed in the arts, or universities. Precisely how depleting the tertiary education sector - our third largest export-earner - helps float the larger ship remains a mystery.

That we are even having a spring budget is simultaneously odd and one of the least odd things about 2020.

On one level, the delayed October 6 statement was a can-kicking exercise.

But since May, a series of depth charges - mainly from Victoria - have not only vindicated the delay but reminded us all that the enemy is still out there.

Other delays have been largely forgotten. Stimulus-cum-life-support started late and tentatively before turning into a torrent. Remember, it took valuable weeks to get wage subsidies flowing and then months for the government to even concede it might need extending beyond September.

Combined liquidity assistance from the Reserve Bank and direct COVID spending has now exceeded $310 billion, and Tuesday's budget promises to send it further north - or is it south?

Frydenberg says don't worry, the priority is to get the official jobless rate "comfortably below 6 per cent" before budget repair measures are pursued.

That's a relief, although it augurs poorly for life after the next election, whoever wins.

Still, say what you like about the Morrison government, doctrinaire on matters fiscal, it is not. Except obviously when it comes to higher-ed, and its insistence on using for tax cuts as stimulus, disproportionately favouring the rich.

Having decided the budget cannot be balanced, discipline on spending appears to have been sidelined. But why not? The lesson of the GFC was that the far greater risk lay in doing too little to protect jobs, not too much.

Besides, thanks to cheap money, interest on borrowings is set to actually fall in this budget. Go figure.

Just imagine what Abbott and Hockey would have prescribed in the face of the coronavirus? Better still, just look to the UK or US.

Denial, failure, chaos, ruin. These are the defining achievements of Abbott's conservative heroes: debt in excess of 100 per cent of GDP, massive social and economic harm and criminal public health failure on a scale Carl Bernstein has accurately described in Trump's case as "homicidal negligence".

This is government by populist bluster and the fashion of anti-intellectualism that casts doubt on science and expertise even when the threat is clear and present.

We should be glad Australia's version is a submarine film rather than the horror movies playing on either side of the Atlantic.

These flicks usually end with the vessel making it back to the surface.

Even in the horrible true story of the Russian sub Kursk, the crew might have been saved except for an authoritarian government in denial, more concerned with its political ego than affecting a rescue.

Mark Kenny is a professor at the ANU's Australian Studies Institute, and hosts the twice-weekly podcast, Democracy Sausage.