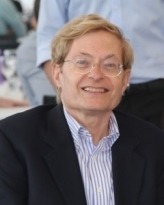 Wayne Hudson studied History and Law at the University of Sydney, and German philosophy at Oxford University where he worked with the renowned Polish philosopher Leszek Kołakowski. Subsequently he was elected a Junior Research Fellow in Philosophy at Oxford and taught Philosophical Anthropology in the Philosophy Department at the University of Utrecht whilst a National Research Scholar and member of the Utrecht Postmodernism Circle. Working across the fields of philosophy, history, politics and religion, he has published twenty-four books and eighty-four refereed articles and book chapters, and has won twenty-five research grants. He has lectured at Oxford University, the Collège international de philosophie in Paris, McGill University in Canada, and at Beijing Foreign Studies University and the Institute of Law of the Chinese Academy of Social Sciences. He delivered the first lectures on postmodernism at Oxford University and subsequently worked in Europe with the Portuguese philosopher Fernando Gil and the Oxford sociologist Herminio Martins on the problem of categories. Later he became Professor and Director of The Centre for Advanced Studies in the Humanities at Griffith University and is now Research Professor at Charles Sturt University, Canberra and Adjunct Professor at the University of Tasmania.

Professor Hudson’s research addresses connections between utopianism, heterodoxy and social reform. His first monograph was a study of the thought of Ernst Bloch, now regarded as the most important utopian thinker of the twentieth century. The Marxist Philosophy of Ernst Bloch (1982) showed that Bloch was not only a heterodox Marxist but also a process thinker like Bergson or Whitehead. It had a major international impact in the United States, Britain and Germany, and two subsequent studies of Bloch acknowledged its eminence in the field. Decades later the book is still the standard work and cited as such all over the world. A subsequent volume of essays, Respacing Utopia (1997), dealt with the reconstruction of utopian philosophy, a theme also pursued in studies of Nietzsche, Hegel, Schelling, Plessner, Adorno, Habermas, Bultmann, Blumenberg, Luhmann and Balthasar.

His second monograph, The Reform of Utopia (2003), set out a reformed utopianism based on the then non-standard view that utopianism was an indefeasible feature of human performances. This view is now adopted in much of the most recent literature. Subsequent publications applied this reformed utopianism to topics in political and social philosophy such as citizenship and civil society. Two further monographs explored the relationship between heterodoxy, utopianism and social reform in the work of the English Deists. The English Deists: Studies in Early Enlightenment (2009) set out a new interpretation of deism and of the English Enlightenment and provided an alternative history of heterodoxy and atheism. Enlightenment and Modernity: The English Deists and Reform (2009) showed how heterodoxy contributed to an agenda of social reform which crucially influenced developments in Europe and America. These monographs have been reviewed in laudatory terms as a breakthrough in the field and have led to partnerships with leading scholars in North America and Europe. An edited collection, Atheism and Deism Revalued (2014) with a preface by Professor Jonathan Israel of the Institute for Advanced Study at Princeton, provides further evidence that the field needs to be rethought.

Professor Hudson has also published on Australian intellectual history, republicanism and citizenship and in 2016 his monograph, Australian Religious Thought, appeared. This monograph, based on decades of research, showed that that religious thought was both more plentiful and more important in Australia than historians have suggested. It has made a considerable impact, partly because it implies that the Australian national imaginary may need to be revised in some respects.

Finally, Professor Hudson has also worked to promote the understanding of Australia and Australian approaches to governance in Asia. As Deputy Director of the Institute for Ethics, Governance and Law at Griffith University he gave academic presentations in Japan, Thailand, Malaysia, Singapore, Indonesia and Taiwan. He also has long standing connections with China, dating back to the articles he wrote for the Sydney Morning Herald based on his experiences in the Cultural Revolution. He has taught Australian studies and global history for many years at Beijing Foreign Studies University and has extensive knowledge of Chinese culture.

Professor Hudson is now completing three further monographs on contemporary Enlightenment. These works draw on his reinterpretation of Schelling’s Berlin lectures and on his work on Hegel and Bloch. At a time when Bloch is again in fashion and in a context in which the relationship between Enlightenment and religion is a crucial question for the twenty-first century, they are likely to have a significant international reception.

Professor Hudson is also a leader in innovative university teaching and has published three books on his teaching methods. In 2004 he won the Australian National Teaching Award for Arts and Humanities and in 2006 he was one of eight invited international participants at the first International Forum of Teacher Scholars held by the British Academy of Higher Education. He has also worked to promote global citizenship and multifaith dialogue as a writer and broadcaster. He was awarded the Soka Gakkai Medal for his work for peace and is on the International Advisory Board of the Toda Institute for Peace in Hawaii. He helped build the Multifaith Centre at Griffith University and has taken part in a series of dialogues with Indonesian Muslim scholars. In 2003 he was the Charles Strong Memorial Lecturer. Professor Hudson also has an ongoing involvement with the arts and aesthetics and has written text for an art exhibition with two of Australia’s leading painters, Dale Frank and John Coburn. A volume of poetry will appear in 2018 as an outcome of his research into creative thought and practice.