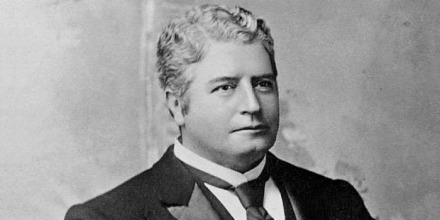 Born in Glebe (New South Wales), Edmund (Toby) Barton entered colonial politics in 1877, after a successful career at the Bar. A member, at different times, of both houses of the New South Wales Parliament, he served as Speaker of the Legislative Assembly (1883–87), Attorney-General (1889 and 1891–93), and Leader of the Opposition (1898–99).

In the 1890s Barton became the heralded champion of the Federal movement and one of the draftsmen of Australia’s Constitution, earning the epithet ‘Australia’s noblest son’.

Barton was commissioned Prime Minister on 1 January 1901 and was subsequently elected to the federal House of Representatives for the seat of Hunter in the inaugural federal election of 1901. Barton held the fledgling government together ‘by force of a capacity for attracting personal affection and trust such as few men possess’.

His ministry proved one of the most enduring in the tumultuous first decade of the new nation—its length (two years, 10 months) being more than double the average length of the next seven governments. 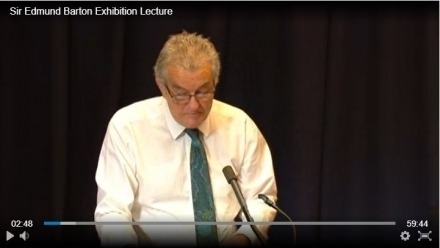